What’s More Important, QOE or ROI?
ShareChat does both with their short-form video platform.

ShareChat, a TikTok-like social media platform is one of India’s largest short-form video platforms boasting massive subscriber growth of 166% and 160 million monthly active users after the departure of TikTok and other popular social platforms from the country. Together with Visionular, they were able to boost platform efficiency, decrease cost and expand viewership to previous unreachable viewers.

Despite an initiative to improve the network and its coverage called “Digital India”, India’s network still suffers from slow speeds. Below you can see Speedtest’s ranking of mobile and fixed broadband speeds around the world. India comes in at the 127’th position at an average network speed of 17.89Mbp compared to the US that comes in 15th place with an average of 110.07Mbp and China in 5th place with an average of 165.38Mbps. 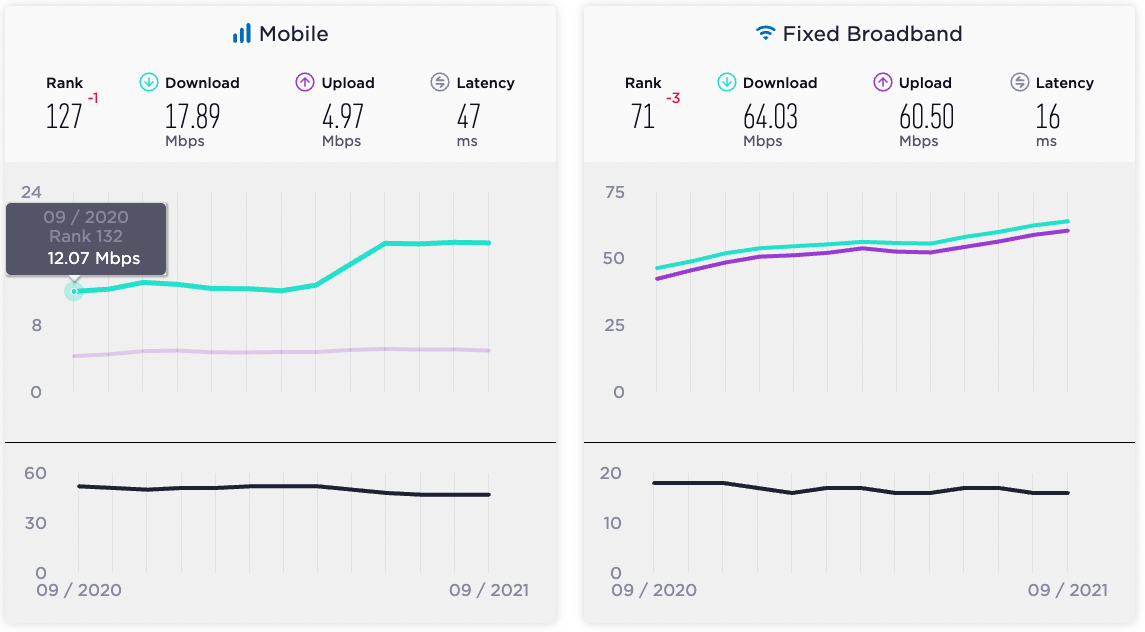 ShareChat needed an adaptive solution that would allow having the best possible video experience in every network situation. The secret to delivering what their users wanted was the powerful encoding and decoding solution behind the platform.

The “Need For Innovation” Situation

Long before the coronavirus pandemic and the TikTok ban, ShareChat was using Visionular’s Intelligent Cloud Transcoder, Aurora4 to address India’s challenging network environment.  Thanks to Aurora4’s award-winning H.264 encoding capabilities they were able to significantly improve the overall picture quality while maintaining the same and even sometimes lower bandwidth conditions.

The adaptive bitstream distribution mechanism jointly built by Visionular and ShareChat optimized the experience for users in different regions and network environments and has quickly garnered the praise of its users.

Around the time of the TikTok ban in India, ShareChat rolled out a new app fully focused on short video sharing, named Moj.  With this new focus on user-generated video, they needed to not only continue to improve the quality of the video experience but reduce bandwidth costs to be able to scale. Once again ShareChat relied on Visionular’s technology to help them migrate to an H.265 based video experience using the Aurora5 HEVC encoder.

This not only solidified their position in the market once again delivering the best-looking video, but it also opened up the platform to even more users who had previously been shut out by network constraints. This accelerated their growth even more across India.

Never willing to get comfortable, Sharechat decided to tackle another challenge. Many phones used in India are lower-end phones lacking the horsepower needed to successfully decode the H.265 video now dominating the platform.

Leaning on Visionular’s Aurora5 HEVC decoder, ShareChat was able to bring the benefits of HEVC to the widest base of their users by integrating with the ExoPlayer for when a hardware HEVC decoder is not available or was incapable of handling the video. A software player allowed them to meet their core objectives of delivering higher-quality video and better user experiences with lower power consumption.

As a result of their continued innovations, ShareChat’s user base growth continued to soar.  And a new challenge presented itself in the widely varying quality of the videos being uploaded by users that included blurry, dark, or shaky footage. This resulted in unnecessary processing, storage, and added delivery cost.

The solution:  Visionular adopted a training set of thousands of videos partially provided by ShareChat together with a subsample from the three large-scale publicly available UGC-VQA (Video Quality Assessment) databases to build a video evaluation model using machine learning. ShareChat tested a different video set, containing thousands of videos that had been manually ranked on a scale of 0-5 in quality through Visionular’s Aurora Quality Analyzer to build their video evaluation platform. This resulted in a fully automated video quality evaluation system on ShareChat’s platform that when compared to the human-scored videos had an accuracy rate of 99.8%.

Additionally, Visionular helped to increase platform speed and performance by nearly 5 times. The adoption of the Aurora Quality Analyzer came with additional cost savings as the poor-quality video files were no longer subjected to the same processing as normal or higher-quality videos.

A significant priority for ShareChat is the quality of experience that they deliver to their end-users over:

After adopting Visionular’s technology, ShareChat reported a notable reduction in playback buffering and freezing as well as an increase in video completion rates with watch time expanding 5% across the entire platform.

This staggering growth along with their continued bandwidth and encoding optimization has resulted in Sharechat raising $145M in July 2021 on top of the previous $502M raised in April of this same year. Their current valuation clocked in at a whopping $2.88 billion, making ShareChat a proud member of the unicorn club!

An engineering powerhouse with leading minds in codec optimization and algorithm development, Visionular is in a unique position to solve the most advanced video technology challenges garnering the trust of companies like ShareChat and their users.

Check out other stories of how Visionular has helped innovative video companies deliver the best possible video quality at the smallest file size.

I need to improve video quality.